Super Nintendo and Nintendo 64, both are from Nintendo. Every gaming enthusiastic is familiar with Nintendo and has definitely spent a lot of time enjoying the magic that its consoles promise.

Now, when it comes to choosing one of the two consoles, how do you go about it? Both are from the same company. Both are proven to be amazing video game consoles. Are they different at all? If yes, how? This article is going to enlighten you about them. Keep reading.

When it released, Super Nintendo was nothing short of a craze. Every child and adult alike went crazy over it! This was way back in 1990 when video games were just starting to gain popularity. SNES was 16-bit but quite popular and even gave 32-bit systems a run for their money back then.

The SNES came with a neat controller with many buttons and the typical side-scrolling feature that many games required in those days. However, you could only connect 2 controllers to the SNES. This meant that only 2 people could enjoy playing together and the rest had to wait for their turn.

SNES took the world by storm when it released, and after 13 glorious years, the company decided to discontinue it in 2003. 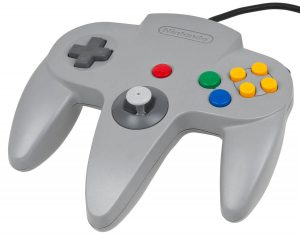 The Nintendo 64 or N64 hit the markets in 1996 when SNES was still quite popular. N64 is definitely a good upgrade with multiple features that SNES lacks. With this console, Nintendo decided to skip 36-bit altogether and chose 64-bit (hence, the name).

By 1996, 3D games started taking over, and N64 was tailored to meet this demand with an analog joystick. This was one of the key reasons why many decided to replace their old SNES’ with N64s. Also, the N64 did justice to the word “multiplayer” by allowing 4 controllers instead of 2.

However, despite the many positives and enhancements, N64 failed to match the success of its predecessor. It made decent sales, yes, but couldn’t compete with SNES. N64, in fact, never really managed to make a mark and Nintendo decided to discontinue it even before SNES! We think the failure was mainly due to its price tag. By 1996, Nintendo had multiple competitors who provided cheaper options (CDs) to the buyers, and so, there was a massive shift in popularity.

What are the main differences?

N64 is obviously the better choice even though it wasn’t all that popular. SNES was an excellent choice until 2D games were the rage, but you can’t play with a 16-bit system and only two controllers to your heart’s satisfaction, can you?

However, if you are planning on choosing one of the two, you should consider the type of games you will play. For AAA games, go with SNES but for 3D games, pick N64 without a doubt. Consider the other differences as well such as the number of players, and you will find a match soon enough.

Lock and load, people. Nintendo is all about vintage games!

Newer Best PS3 Controller of 2019 – Get the Real Gaming Experience
Back to list
Older How to Use USB Controller on PC Windows 10? – Installation guide 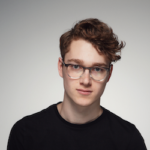